TEHRAN (defapress) – Iranian Energy Minister Reza Ardakanian said with the coming into effect of a free trade agreement with the Eurasian Economic Union (EAEU), bilateral trade between Iran and the EAEU member states would be facilitated.
News ID: 74027 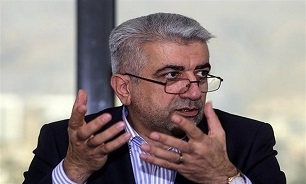 Speaking at a meeting with Chairman of the Eurasian Commission Tigran Sargsyan in Moscow on Thursday, Ardakanian emphasized that the recent agreement to establish a free trade zone between Iran and the EAEU countries will be seriously pursued by the Iranian parliament.

He further expressed the hope that with the implementation of the deal, the grounds would be provided for the increase of bilateral trade between the Islamic Republic and the EAEU five member states, including Russia, Kazakhstan, Belarus, Armenia and Kyrgyzstan.

Sargsyan, for his part, hailed the free trade agreement and stressed the determination to remain committed to the deal.

The agreement, signed in Astana on May 17, 2018, sets the main rules of trade between the EAEU, Iran and those of the World Trade Organization (WTO), which Iran is not a member of.

It is intended for a period of four years, under which the EAEU will grant Iran tariff concessions on 502 harmonized commodity codes.

The Eurasian Economic Union includes Armenia, Belarus, Kazakhstan, Kyrgyzstan and Russia. Iran and EAEU members started to develop the agreement on the free trade in 2015, though the signing has been postponed several times.

The agreement enters into force 60 days from the date of receipt of the last written notice of completion by the member states of the EAEU and Iran of the internal procedures necessary for its entry into force.