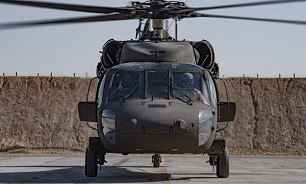 He said the reason behind the incident is not known so far.

Azizi added that an investigation has started into the incident.

This comes as according to government statistics, at least nine helicopters have crashed so far this year - leaving dozens dead and wounded.

The latest incident was in Farah province where at least 27 people were killed in a helicopter crash in Anar Dara district.

Earlier this month, lawmakers in the Wolesi Jirga, the Lower House of Parliament, called on government to take concrete measures to prevent incidents of helicopter crashes.