TEHRAN (defapress) – Intelligence Ministry’s forces have arrested 25 members of two criminal networks that had infiltrated into the banking and foreign currency system of the country.
News ID: 74819 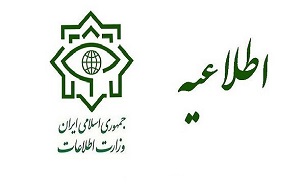 In a Tuesday statement, the Intelligence Ministry reported dismantling of two criminal networks on charges of economic corruption and the arrest of 25 key members of these two rings.

These corruption rings had received foreign currency by bribery, using commercial cards (government licenses for import/export) of front companies, forging pre-invoices for registering an order for the import of necessity goods, and blindsided banks from following up on where the foreign currency credits had been put to use.

Arrests have been made in provinces of Qazvin, Tehran, Mazandaran, and East Azerbaijna, the report maintains, adding that criminals have been handed over to judiciary officials.