TEHRAN (defapress)- Yemeni security forces intercepted and shot down a Saudi spy drone in the skies over al-Hudaydah port city late on Tuesday, after the UAV violated the Sweden agreement on a ceasefire in the port.
News ID: 75874 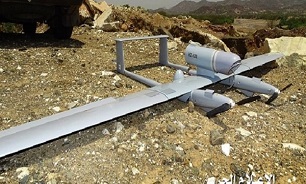 The air-defense units of the Yemeni army and Ansarullah popular forces brought down a spy drone of the Saudi-led coalition in Kilo 16 area of al-Hudaydah Governorate after the unmanned aerial vehicle violated the letters of the Sweden agreement on a ceasefire in the port.

Saudi Arabia and its allies, including the United Arab Emirates, Morocco, and Sudan, launched a brutal war against Yemen in March 2015 in an attempt to reinstall Yemen’s former president Abd Rabbuh Mansur Hadi.