TEHRAN (defapress) – The chairman of the Iranian Parliament’s National Security and Foreign Policy Commission hailed an agreement to ease visa restrictions between the Islamic Republic and Iraq as a major achievement of President Hassan Rouhani’s visit to the Arab country.
News ID: 76163 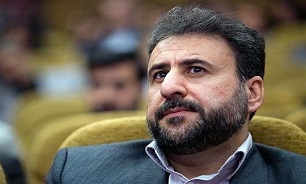 “The president’s visit to Iraq after the withdrawal of Daesh (ISIS or ISIL) from the country and the elimination of the terrorist group is important because it can develop investments and strategic relations between Tehran and Baghdad,” Heshmatollah Falahat Pishe told Tasnim.

He further emphasized that the visit is also important because Iraq can play a major role in countering the sanctions imposed by the US against Iran.

Iran and Iraq enjoy cordial political, security and cultural ties but due to some internal and regional problems including Daesh terrorism in Iraq, they have not been able to increase their trade volume.