TEHRAN (defapress)- Deaths from the synthetic opioid fentanyl skyrocketed in the United States more than 1,000 percent from 2011 to 2016 amid the country’s drug abuse epidemic, according to a new government report.
News ID: 76336 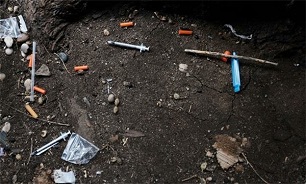 The number of drug overdose deaths involving fentanyl increased from 1,663 in 2011 to 18,335 in 2016, the US Centers for Disease Control and Prevention (CDC) said in a report released Thursday, presstv reported.

The study was conducted by researchers at the National Center for Health Statistics, which is administered by the CDC, the nation’s leading national public health institute and part of the US Department of Health and Human Services.

The researchers found that the rate of men dying from fentanyl overdoses was nearly three times that of women.

The study found that while there were increases in fentanyl-related fatalities in all age groups, the largest rate increases were among younger adults between the ages of 15 and 34.

Researchers also showed that while whites had the highest overall rates of fentanyl fatalities, death rates among blacks and Hispanics were growing faster.

In 2016, fentanyl was responsible for nearly 29 percent of all drug overdose deaths, making it the deadliest drug in America.

Previous analysis had not looked specifically only at fentanyl, but overall synthetic opioids. Opioids are a class of drugs that includes illicit fentanyl and heroin, as well as commonly prescribed painkillers, such as oxycodone and morphine.

A study released earlier in March showed that over 150,000 people in the United States died in 2017 due to suicide, alcohol and drugs, an all-time high.

Nationwide, the number of deaths from alcohol, drugs and suicide rose 6 percent between 2016 and 2017, according to an analysis of CDC data by two public health nonprofit organizations.

The rise in drug overdose deaths and suicides in 2017 were main factors contributing to the ongoing decline in life expectancy in the US since 2014.