Iran ambassador to Spain censures Europe for inaction on JCPOA

TEHRAN (defapress) – Iranian ambassador to Spain criticized the European parties to the 2015 nuclear deal (also known as JCPOA), saying they just resort to releasing statements instead of taking effective measures to save the pact.
News ID: 77358 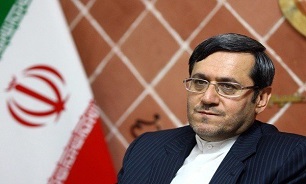 Speaking with a local Spanish media on Saturday, Hassan Ghasghavi said Europe must take stronger steps to show its commitments to the deal.

Iran expects Europe to give a practical response, he said, adding that the European countries have accepted the fact that what US did has been against international law but they taken no effective step about regarding their commitments yet.

Referring to Iran’s recent announcement on reducing some obligations to the deal, the official said, Tehran has been fully complying with its commitments under the pact and this has been verified 14 times by the International Atomic Energy Agency (IAEA).

Ghasghavi added that the 60-day ultimatum was announced to tell the European parties to accelerate the implementation of the financial mechanism they have pledged to implement to ditch US sanctions.

The next two months will be a good opportunity for the Europeans to fulfill Iran’s demands, he said.

In this way, they can prove their commitments to the previous agreements, he said.

Despite reducing the commitments, Iran says at any given time that its demands are met, it will resume complying with the suspended commitments, which have been made impossible to continue due to the US measures and sanctions.

The decision to suspend some obligations to the JCPOA follows Washington's move to ramp up pressure against Iran, by re-imposing new sanctions, including restrictions on Iran's low-level uranium enrichment, and ending the sanctions waivers for Iran’s major oil clients in an attempt to drive the country’s oil exports to zero.