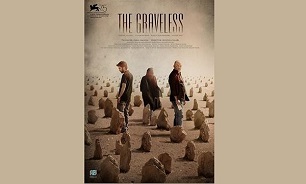 According to Variety, Iranian feature ‘The Graveless’ directed by Mostafa Sayari has been named by the festival organizers as one of the seven nominees for best film in this year’s Asian New Talent Award. Other nominees include Japanese director Yuko Hakota’s ‘Blue Hour’, Indian director Akshay Indikar’s ‘Trijya’, and three titles from China – ‘Send Me to the Clouds’ by Teng Congcong, ‘The Fourth Wall’ by Zhang Chong and Zhang Bo, and ‘To Live to Sing’, directed by Ma Nan.

‘The Graveless’ is the story of three brothers and their only sister, who drive to a village in the middle of nowhere to bury their recently departed father. The heat and the long journey make the experience unbearable, especially when the body begins to rot. This is the time for the eldest brother, exhausted and angry, to vent out the long- unspoken grudge against the youngest brother who has looked after the father for years.

The lineup for this year’s festival also includes 'Castle of Dreams' ('Qasr-e Shirin') from Iranian director Reza Mirkarimi. The feature is about a 42-year-old man, Jalal, who murders a family in a car crash. The murder, however, is considered as involuntary manslaughter in court.

The film has won two Crystal Simorghs at the 37th Fajr International Film Festival in Tehran.