Rezaie reacts to seizure of British oil tanker in PG

TEHRAN (defapress) – The Secretary of Iran’s Expediency Council Mohsen Rezaei said that Iran will not back down on carrying out retaliatory measures against its enemies.
News ID: 78114 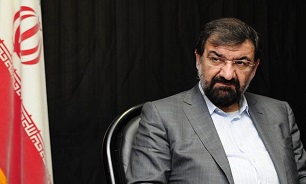 “We don’t seek war but will not budge an inch in carrying out retaliatory measures, be it [against] Saddam, Trump, or the Queen,” Mohsen Rezaei tweeted on Saturday in Persian.

In a statement on Friday, the IRGC said that the vessel named “Stena Impero” had been captured “at the request of Hormozgan Ports and Maritime Organization when passing through the Strait of Hormuz, for failing to respect international maritime rules.” The oil tanker was transferred to the coast to undergo the required legal proceedings, the statement added.

An unnamed Iranian maritime official said the ship had breached international maritime regulations by passing through a prohibited maritime passage in the Strait, turning off its tracking signals and ignoring warnings issued by Iranian authorities.

The vessel's numerous infringements counted as a violation of the "innocent passage," -- a maritime law related to the passage of vessels through the territorial waters of another state.

"The tanker had turned off its tracker and ignored several warnings by the IRGC before being impounded," the source said.

On July 4, British Royal Marines in Gibraltar stormed the Iran-operated 300,000-tonne Grace 1 and detained it, accusing it of carrying oil to Syria in possible violation of the European Union’s sanctions on the Arab country. Iran condemned the move as “piracy” and summoned Britain’s ambassador in protest over it. Mohsen Rezaei had called for the reciprocal seizure of a British oil tanker in case London refused to release the vessel.