US Will Be Expelled From Iraq, Syria

US ‘Positive’ about S. Korea's Humanitarian Trade Arrangement with Iran 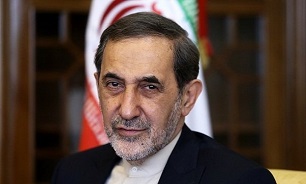 He made the remarks in a Monday meeting with the newly-appointed Chinese Ambassador to Iran Chang Hua.

“The independence of foreign policy, resistance against US expansionist policies, and confronting western countries’ interventions in other countries’ internal affairs are among strategic commonalities between Iran and China,” said Velayati, noting that bilateral ties should be further cemented.

For his part, the Chinese envoy said that Iran is among main countries that cooperate in Belt and Road initiative, hoping that bilateral relations would be further enhanced in areas of various fields.