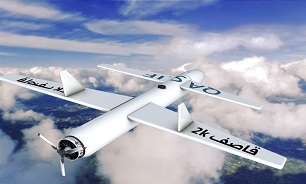 The Yemeni army’s drone unit and allied fighters from Popular Committees launched the attack on the Abha international airport south of Saudi Arabia with a number of Qassif-K2 unmanned aircraft, al-Massirah TV reported.

Spokesman for Yemeni Armed Forces Brigadier General Yahya Saree said the drones attacked the control tower in the airport, causing a suspension of the air traffic at the Saudi airport.

He said the drone attack was a reaction to the crimes committed by the Saudi-led military coalition against the Yemeni nation.