Role of parliamentary diplomacy in promoting ties among countries ‘significant’ 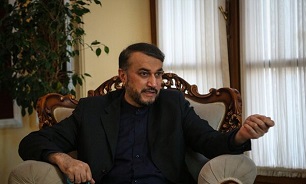 He made the remarks on Fri. in his meeting with Kazakh Ambassador to Iran and reiterated, “organizing parliaments’ meeting of Eurasian member states is very important.”

He also emphasized the need for deepening and broadening relationships among Eurasian member states.

For his part, Kazakh ambassador to Tehran stressed for developing and boosting all-out ties between Iran and Kazakhstan.

He termed facilitation of trade relations between Iranian and Kazakh entrepreneurs ‘essential’ in line with enhancing economic relationship.

In this meeting, the two sides exchanged their views on the regional and international developments as well.