TEHRAN (defapress) – Iran’s lawmakers on Monday condemned the Turkish military’s invasion of northern Syria and voiced their support for the Kurds in the Arab country.
News ID: 78935 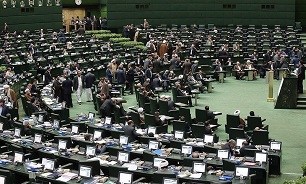 “Today, the cries of the oppressed Syrian Kurds are loud due to the aggression of the Turkish government,” the Iranian MPs said in a statement read out at an open session of the parliament on Monday.

“In a world whose leaders purport to defend brotherhood and justice and supprot the oppressed, the shameful silence of international organizations will be recorded in history as always,” the parliamentarians said.

“The political silence of governments that call themselves advocates of human rights and the United Nations will remain in history,” they added.

“We, the MPs, deem it necessary for us to defend and support the Kurdish people of Syria, and we expect the administration of the Islamic Republic of Iran, which supports the oppressed, to express its support for the oppressed Syrian Kurds through various means,” the statement read.

Turkey moved into northern Syria on Wednesday after the US President, Donald Trump, pulled American troops out of the area.

According to media reports, casualties are increasing as Turkey presses on with its cross-border offensive on Kurdish-held areas of Syria.

Tens of thousands of people have fled their homes, amid growing international criticism of the offensive.

Iranian authorities, including President Hassan Rouhani, had urged the Ankara government to avoid taking military action in Syrian territories and reconsider its decision.