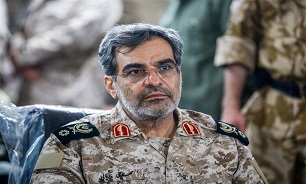 Deputy Chief of Staff of the Iranian Armed Forces for Operations Brigadier General Mahdi Rabbani has travelled to China to attend the forum.

The Iranian general is among the representatives of more than 70 countries taking part in the 3-day event.

Organizers of the forum say more than 530 participants from 76 official delegations have confirmed participation in the gathering, which also allows the participants to know about China's development achievements and its contribution to world peace and development.

Initiated by the China Association of Military Science (CAMS) in 2006, the forum has been dedicated to promoting exchanges and cooperation among defense authorities, armed forces, international organizations and scholars.