Unrest in Iraq Not to Affect Trade Ties with Iran

TEHRAN (defapress) – The secretary-general of the Iran-Iraq Joint Chamber of Commerce expressed confidence that recent unrest in the Arab country would not negatively affect the trade relations between the two neighbors.
News ID: 79115 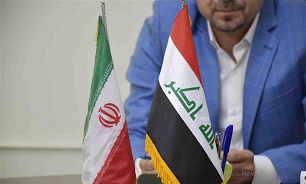 “Naturally, given the shortage of facilities in Iraq and the discontent that exists among its people, we occasionally see such unrest in the country,” Seyed Hamid Hosseini told Tasnim.

However, it is not likely that the unrest and the propaganda campaign against Iran would negatively affect bilateral trade between Iran and Iraq, the official stated.

It is important to note that Iraqis benefit more than anyone else from the commercial and economic relations between the two countries, he added.

Hosseini went on to say that during the recent unrest, there were concerns that the Baghdad international exhibition, scheduled to open on November 1 with many countries in attendance, would not be staged, but fortunately, Iraqi officials announced that the security situation in the country would not prevent the holding of the Baghdad exhibition.

At least 67 people have been killed during two days of protest in Iraq, after clashes between demonstrators, security forces and militia groups, according to media reports.

Hundreds more people were injured in what are the second wave of protests in October.

The protesters, mainly unemployed young men, are calling for work, better public services and an end to corruption in their country.

On Saturday, Iraqi Prime Minister Adil Abdul-Mahdi deployed members of the country's counter-terrorism service (CTS) in an effort to contain violence in the capital Baghdad and the city of Nasiriya in the south.