TEHRAN (defapress) – Relations between Russia and China are at their highest over the entire history but the two countries have no plans for a military alliance, Russian Foreign Minister Sergey Lavrov said Friday.
News ID: 79158 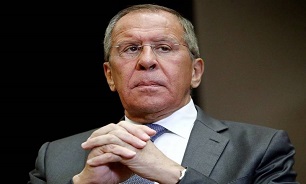 "As for relations with China, they have never been at such a high and trusting level in all spheres: in the economic sphere as the basis for our relations safeguarding the interests of our countries on the global arena," Lavrov told Rossiay-24 TV channel.

"If allied relations imply a military alliance, then neither Russia nor China are planning to set up such an alliance. By the way, it is committed to paper in documents, including those that were signed during Chinese President Xi Jinping’s state visit to Russia this June," he stressed, Tass reported.

According to the Russian top diplomat, it is written in these agreements that the two countries’ refusal to form an alliance in the military sphere points to their unwillingness to use their bilateral relations against third parties.

"But if allied relations are interpreted as joint efforts to defend international law and the fundamentals of the world order built on the United Nations Charter, to counter attempts at meddling with domestic affairs of other nations, the more so with the use of force, then, yes, we are unconditional allies with China in defending these principles," Lavrov stressed. "We are also allies on the issues that require reaction in the sphere of global economy where, in violation of the World Trade Organization’s (WTO) regulations, the rules of the so-called free market, methods of openly unfair, I would say, ‘dirty’ competition are being used, and there are a lot of examples to that."