TEHRAN (defapress) – Iran has once again voiced its support to maintaining political talks among the regional countries, saying that dialogue is the only means to reach a collective understanding and effective solution to challenges facing the region.
News ID: 79271 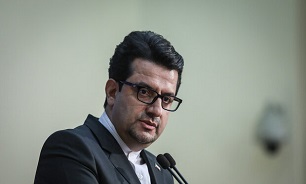 “The Islamic Republic has always underlined the importance of political talks as the sole solution to solve the problems; therefore, Tehran will use all its capacities to provide the grounds for a dialogue among the regional states,” Foreign Ministry Spokesman Abbas Mousavi said on Wednesday.

Mousavi stressed that the region is in dire need of internal dialogue to avoid hostilities and violent expressions.

Pointing to the different initiatives, including the Regional Dialogue Forum and the Non-Aggression Act as well as the Hormuz Peace Endeavor (HOPE), proposed by Iran in the past months, Mousavi said such plans come in the same vein and are aimed at facilitating regional cooperation without any need for foreign contributions.

The spokesman said, “The Islamic Republic of Iran hopes all the regional countries take effective steps toward uprooting the disputes and solving the current crises in the region by joining the HOPE initiative.”

HOPE was presented by Iranian President Hassan Rouhani during an address to the UN General Assembly meeting in New York on September 25; Rouhani invited all regional countries to participate in it.