TEHRAN (defapress) – Prominent Iraqi figure Muqtada al-Sadr deplored an arson attack on the Iranian consulate in Najaf, dismissing reports and allegations that his followers were behind the Wednesday incident.
News ID: 79429 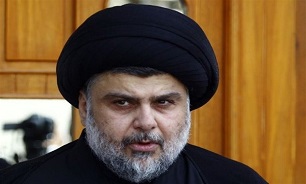 “We condemn attacks on diplomatic missions because such acts are not characteristic of the Sadr Movement,” Muqtada al-Sadr was quoted as saying by Iraq’s Al-Ahad TV, according to Press TV.

His comments came after a group of masked assailants stormed the Islamic Republic’s diplomatic mission in Najaf and set it ablaze on Wednesday night.