JCPOA Parties See US as Root Cause of Tensions

TEHRAN (defapress) – All of the remaining parties to the Joint Comprehensive Plan of Action (JCPOA) believe that the US is at the center of tensions around the 2015 Iran nuclear deal, an Iranian deputy foreign minister said.
News ID: 79505 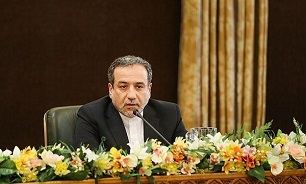 Speaking to reporters at the conclusion of the 14th meeting of the JCPOA Joint Commission in Vienna, Iranian Deputy Foreign Minister for Political Affairs Abbas Araqchi said all of the signatories have blamed the US for the existing tensions surrounding the nuclear deal.

“In this meeting, all parties acknowledged that the US is the root cause of the tensions around the JCPOA. All members emphasized that the international agreement could not continue without Iran enjoying the (advantages of the) JCPOA,” added the senior diplomat, who was heading an Iranian delegation in the meeting.

In the three-hour meeting, which was held at the level of deputy foreign ministers and Foreign Ministry director generals on Friday, the representatives of Russia and China once again voiced opposition to the employment of the so-called snapback mechanism against Iran.

Iran and the Group 5+1 (Russia, China, US, Britain, France, and Germany) on July 14, 2015, reached a conclusion over the text of the 2015 nuclear deal. The accord took effect in January 2016 and was supposed to terminate all nuclear-related sanctions against Iran all at once, but its implementation was hampered by the US policies and its eventual withdrawal from the deal.

On May 8, 2018, US President Donald Trump pulled the US out of the nuclear accord. Afterwards, Iran and the remaining parties launched talks to save the accord.

However, the EU’s failure to ensure Iran’s economic interests forced Tehran to stop honoring certain commitments under JCPOA in May 2019.

For the first step, Iran has ceased to observe the limits on uranium enrichment and begun to produce an unlimited amount of heavy water at the Arak nuclear facility during the 60-day deadline.