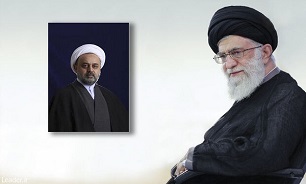 In a decree issued on Sunday, Ayatollah Khamenei appointed Hojat-ol-Islam Hamid Shahriari as new secretary general of the World Forum for Proximity of Islamic Schools of Thought and expressed hope that in his new position, he would succeed in promoting unity and closeness, both intellectual- and practical-wise, among Islamic religions by benefiting from the young and high-spirited elites.

The Leader also thanked Hojat-ol-Islam Mohsen Araki for his efforts as the previous secretary general of the forum.

The World Forum for Proximity of Islamic Schools of Thought as well as Tehran's Ecumenical Society is a forum that was established in October 1990 by order of Ayatollah Seyed Ali Khamenei in Tehran for the reconciliation between different Islamic schools and branches.