Iran may not take fifth JCPOA step if INSTEX operationalized

TEHRAN (defapress) – Chairman of the Iranian Parliament’ National Security and Foreign Policy Commission Mojtaba Zonnour said that if the EU-proposed INSTEX is operationalized, Tehran may reconsider taking the fifth step in reducing its commitments to the nuclear deal.
News ID: 79617 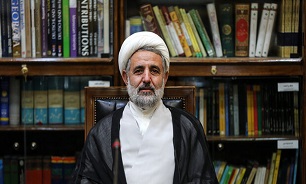 “In case the signatories to the JCPOA, especially the Europe, operationalize the INSTEX and sanctions are removed, the fifth step of reducing commitments to the JCPOA may not be taken,” Zonnour told Mehr News Agency on Thursday.

“Although, we predict that the European countries will not take any specific and influential measure to preserve the JCPOA,” he added.

On the US anniversary of the US withdrawal from the JCPOA, Tehran announced it would take steps back from its JCPOA obligations every 60-day unless the other signatories to the deal abide by their commitments under the accord.

As the latest step (the fourth step) to scale back JCPOA commitments, Iran injected gas into IR6 centrifuges and resumed uranium enrichment at Fordow nuclear facility in early November.

Iran has said that it will reverse its nuclear steps as soon as the other signatories return to their commitments.

European signatories to the deal have so far failed to honor their commitments, one of which was to normalize trade ties with Iran. The EU has proposed the establishment of a financial mechanism, dubbed INSTEX, to continue trade with Iran without suffering from US sanctions, however, the mechanism is yet to be operationalized.