TEHRAN (defapress)- Iranian Parliament Speaker Ali Larijani condemned the assassination of Lieutenant General Qassem Soleimani by the US, and said Washington is at the peak of its hostile approach towards the Islamic Republic compared with what it has done against Iran all throughout the last 40 years.
News ID: 79978 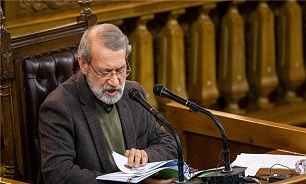 The US animosity towards Iran has reached its highest level since the Islamic Revolution, Larijani said on Wednesday in a local ceremony, noting that “We are now seeing a full-scale confrontation” where Washington carries out an act of “state terrorism”.

Lieutenant General Qassem Soleimani was assassinated in a US drone strike on Baghdad International Airport in Iraq on January 3.