TEHRAN (defapress) – Iranians have started the 10-Day Dawn celebrations to mark the 41st anniversary of the country’s 1979 Islamic Revolution, which overthrew the monarchy of the US-backed Pahlavi regime in Iran.
News ID: 80066 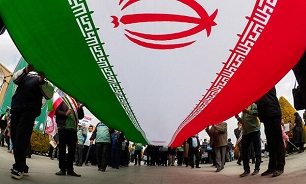 The nationwide ceremonies started at 9:33 a.m. local time (0603 GMT), the time when the late founder of the Islamic Republic Imam Khomeini returned to the Iranian capital on February 1, 1979 after a 15-year exile in Paris.

Every year, Iranians mark the anniversary of their Islamic Revolution from February 1 to 11, known as the Ten-Day Fajr ceremonies.

Imam Khomeini spent more than 14 years in exile, mostly in the Iraqi holy city of Najaf. He also spent some time in Turkey and France before his return to Iran.

Millions of people converged on the capital from across the country on the day of his return. His arrival gave considerable momentum to popular protests against the US-backed Pahlavi regime, which eventually led to its overthrow ten days later.