TEHRAN(defapress) – The Venezuelan army successfully completed its first maneuvers of the year, announced the head of the Strategic Operations Command of the Bolivarian National Armed Forces, Remigio Ceballos.
News ID: 80242 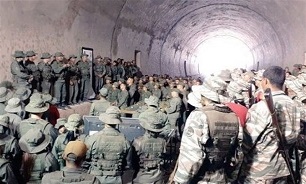 The commander of the CEO took the opportunity to congratulate the Armed Forces for “the great show of Loyalty, Cohesion and Patriotism in Defense of the sacred interests of the Fatherland.”

Previously, the Venezuelan president stressed that the objective of the training was not only to prepare to face the aggressions of the United States or Colombia, but to respond to the mafias involved in the smuggling of fuel to neighboring countries.