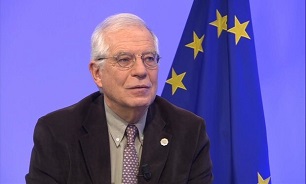 According to a statement published on the European Union's official website, High Representative/Vice-President Josep Borrell and Commissioner for Crisis Management Janez Lenarčič will travel to Ankara from Tuesday, 3 March to Wednesday, 4 March to hold talks on the ongoing escalation in the northwestern Syrian province of Idlib and the humanitarian consequences for the civilian population on the ground, as well as the situation of Syrian refugees in Turkey.

During their visit to Ankara, they will meet with high-level interlocutors of the Turkish authorities, according to the statement.

The visit takes place ahead of the informal meeting of the EU Foreign Ministers (Gymnich) and the extraordinary Foreign Affairs Council chaired by High Representative/Vice-President Josep Borrell in Zagreb later this week, on 5 and 6 March. Commissioner Janez Lenarčič on his side, will continue his trip to Turkey by visiting the refugee facilities in Turkey's southeastern Gaziantep.

The visit comes as Turkish President Recep Tayyip Erdogan recently said Ankara has no plans to stop the flow of migrants into the European Union (EU), warning that “millions of refugees” will soon be moving toward Turkey’s borders with the bloc.

Later on Monday, German Chancellor Angela Merkel reacted to Erdogan’s remarks, saying that it was "unacceptable" for Turkey to pressure the EU "on the backs of refugees."

Reacting to Erdogan's remarks, the EU's migration commissioner warned Turkey that the European Union would not be intimidated or blackmailed over flow of refugees into its soil.