TEHRAN (defapress) – Stressing that Iran does not need any American doctors to fight coronavirus, Foreign Ministry Spokesman Seyyed Abbas Mousavi said, “We have the best, most efficient and courageous medical staff in the world.”
News ID: 80491 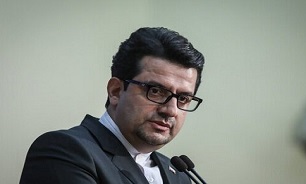 In a Friday tweet, Mousavi wrote, “Iran has the best most efficient and courageous medical staff in the world and does not need any American doctors.”

“Instead of hypocritical compassion and disgusting boasting, stop economic and medical terrorism so that Iranian people and medical staff can use medicine and medical supplies. By the way, take care of the American people too!,” he added.

US President Donald Trump said on the sidelines of a meeting with the Irish Prime Minister at the White House on Thursday that some countries are in critical condition.

He also said, "We have the best doctors in the world and we have offered to help Iran.”