TEHRAN (defapress) – The police forces of Hormozgan Province, south of Iran have busted 1.305 tons of different illegal drugs in the past 72 hours, said the police commander.
News ID: 80518 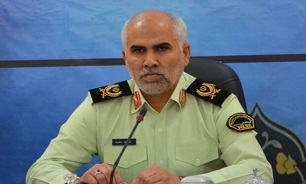 Police Chief of Hormozgan Province Second Brigadier General Gholamreza Jafari broke the news on Saturday, saying that following a series of intelligence operations, the anti-narcotics forces confiscated a total of 1,3057kg of opium and hashish in an operation in the province.

24 smugglers have been arrested in this regard and handed over to the judicial officials and 13 vehicles and two motorcycles seized, he added.

These sorts of operations are usual for Iran which is a neighbor to the source of drugs, Afghanistan. The Islamic Republic has been combating drug-traffickers for the past decades despite high economic and human costs. The country has spent more than $700 million on sealing its borders and preventing the transit of narcotics destined for European, Arab and Central Asian countries.