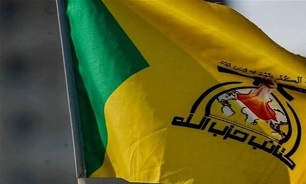 In a statement on Thursday, Kata'ib Hezbollah, which is a major faction of the Popular Mobilization Units (PMU), said providing that all American troops in Iraq kept withdrawing from the Arab country until the last soldier, no attack would be launched by the resistance group against them.

"At a time when the world is facing the danger of the coronavirus pandemic, and the United Nations and humanitarian organizations are stressing the necessity of halting the wars waged by the forces of arrogance in the world; so that nations can combat this imminent danger, stupid Trump or one of his underlings threatens the resistance groups in Iraq, particularly the Kata'ib Hezbollah, with impudent remarks almost on a daily basis," the statement added, according to Press TV.

The group also emphasized the pure patriotic nature of its resistance, stressing that it is not influenced by any foreign country, rejecting US allegations that the group is supported by neighboring Iran.

The development came just a few days after US-led coalition forces withdrew from K1 Air Base, which lies 15 kilometers (9 miles) northwest of Kirkuk, and submitted it to Iraqi forces during a ceremony.

The coalition has already said that the transfer of US-led military forces had nothing to do with the missile attacks against Iraqi bases hosting the coalition forces, or the outbreak of COVID-19.

The disease, caused by a new coronavirus, jumped from wildlife to people in the Chinese city of Wuhan late last year and is currently affecting 204 countries and territories across the globe. It has so far affected more than 996,910 people and killed over 50,970.

Official figures by Iraq's health ministry show that as of Thursday, 772 people have tested positive for COVID-19 in the Arab country and 54 others have died so far.