Agreements with Israel, US Completely Cancelled if West Bank Annexed 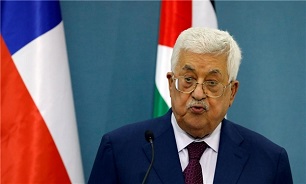 “We have informed the relevant international parties, including the American and the Israeli governments, that we will not stand hand-cuffed if Israel announces the annexation of any part of our land,” Abbas said on Palestine TV on Wednesday, according to presstv.

Abbas has on numerous occasions warned that the PA may cancel existing agreements with the Israeli regime if it pushes ahead with the so-called "Deal of the Century”.

The proposal, however, largely meets Israel’s demands in the decades-old conflict while creating a Palestinian state with limited control over its own security and borders.

Among numerous controversial terms, it designates Jerusalem al-Quds as “Israel’s undivided capital” and allows the regime to annex settlements in the occupied West Bank and the Jordan Valley.

Palestinian groups have firmly rejected the joint Israeli-American initiative as a further impingement upon their rights, and have called for the formation of a unified stance against the Israeli occupation.