FM Raps US Navy for Provoking Behavior in Persian Gulf

TEHRAN (defapress)- Iran’s Foreign Minister Mohammad Javad Zarif lashed out at US President Donald Trump for threatening his country, saying that the American forces should not provoke the Iranian naval forces and sailors in the Persian Gulf.
News ID: 80902 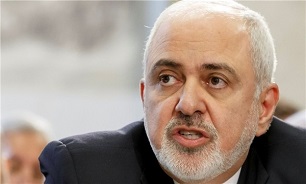 “The US military is hit by over 5,000 COVID-19 infections. Trump should attend to their needs, not engage in threats cheered on by Saddam's terrorists,” Zarif wrote on his twitter page on Thursday.

“Also, US forces have no business 7,000 miles away from home, provoking our sailors off our own Persian Gulf shores,” he added.

In relevant remarks on Thursday, Commander of the Islamic Revolution Guards Corps (IRGC) Major General Hossein Salami warned the US forces against any act of sabotage to threatening move in the Persian Gulf, after US President Donald Trump’s provocative remarks.