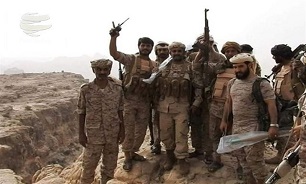 According to Saba news agency, Yemeni troops launched a major attack against the militants in Jawf and managed to fully liberate the strategic.

The report added that the Arab country’s forces also recaptured a key hilltop as well as al-Khasf village in their operation.

Large groups of the Saudi-backed militias were killed and injured during the attacks.