TEHRAN (defapress)- Iranian Ambassador to Britain Hamid Baeidinejad commemorated the national day of the Persian Gulf, saying that based on the UN documents, using the full name for the waterway is mandatory.
News ID: 80970 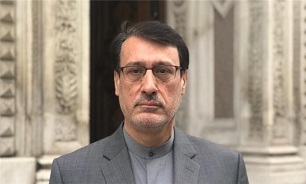 "The term Persian Gulf is used in documents, publications and statements emanating from the (UN) Secretariat as the standard geographical designation for the sea area between the Arabian Peninsula and the Islamic Republic of Iran. The full term "Persian Gulf" is always used to designate that sea area when it is first referred to in a text and is repeated thereafter whenever necessary for the sake of clarity," Baeidinejad wrote on his twitter page on Wednesday.

According to the instructions of the UN Secretariat on May 14, 1999, the name of the waterway between the Islamic Republic of Iran and the Arabian Peninsula is "Persian Gulf" and it is necessary to use the full name of the Persian Gulf in the documents and publications of the United Nations, he said.

In another document dated 18 August 1994, the United Nations stressed that the full term "Persian Gulf" should be used in all cases instead of the shorter term "Gulf". Even if the phrase is repeated, the full phrase must be inserted (Persian Gulf), Baeidinejad said.