TEHRAN (defapress)- Iranian Health Ministry Spokesman Kianoush Jahanpour announced on Thursday that the country’s home-made test kits to diagnose coronavirus infection have been sent to Germany and Turkey, with a delay due to restrictions on flights.
News ID: 81100 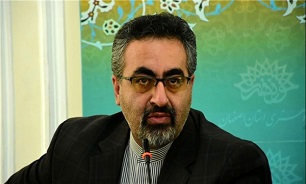 Jahanpour said that a consignment of 40,000 Iranian-made COVID-19 test kits has been sent to Turkey, although with a delay caused by transportation restrictions amid the epidemic, days after Turkish sources denied that the delivery had been made.

Iranian Foreign Minister Mohammad Javad Zarif had said in a tweet on Friday, May 8, that Iran had sent “40,000 advanced Iran-made test kits to Germany, Turkey and others”.

On Monday, Turkish state news agency Anadolu cited “Turkish diplomatic sources” as saying that no test kits had arrived in Turkey from Iran.

Jahanpour said on Thursday that the kits had been detailed on a customs declaration on May 6 and undergone all other formalities but had been delayed due to restrictions in place on flights to Turkey.

The kits were sent to Turkey a day later, that is on May 7, on a Qatar Airways flight, he added.

Deputy head of the Iranian presidency’s office for scientific affairs Mehdi Qalenoyee said on Sunday that Iranian firms are going to export serological test kits to eight more countries after a first successful cargo was sent to Germany earlier this week.

Qalenoyee said export of two types of coronavirus test kits to the Philippines and Pakistan was waiting for confirmation from the local officials after Iranian companies manufacturing the special tools sent sample kits to labs in those countries.

He added that India, Nigeria and Armenia will receive the data-x-items once travel restrictions are eased.

The official also said that Qatar, Georgia and Syria will soon be included in the list of export destination for the Iranian test kits.