TEHRAN (defapress) – Iran’s deputy foreign minister for economic diplomacy expressed dissatisfaction with the volume of transactions that Tehran has been able to carry via a financial mechanism the EU has devised for trade with the Islamic Republic, known as INSTEX.
News ID: 81112 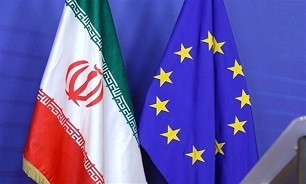 In an interview with IRIB, Gholam Reza Ansari said although the Instrument in Support of Trade Exchanges (INSTEX) has been used for limited trade with Iran since March, Tehran is not satisfied with the payment channel.

The Central Bank of Iran is willing to see the INSTEX activated, he added, expressing hope that the channel would be employed for direct purchases from Europe.

Asked whether Europe is cooperating with Iran in this regard, Ansari said, “Although the European parties are cooperating, the type and amount of the commodities (being traded with Iran) are limited.”

“We hope that this mechanism could make the bilateral trade of all data-x-items possible in future,” the Iranian deputy foreign minister noted.

INSTEX is a payment channel that France, Germany and Britain - the three European signatories to the JCPOA - have devised to continue trade with Tehran and bypass the US embargoes.