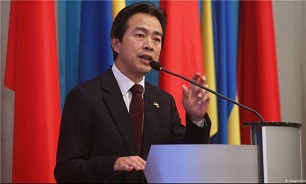 Du, 57, was found dead in his bed and the cause of his death has not yet been reported, BBC reported.

He was only appointed ambassador in February having previously served as China's envoy to Ukraine.

The ambassador was married and had a son but his family are not believed to have been in the country. He was living in the Tel Aviv suburb of Herzliya.

An Israeli police spokesman told Reuters news agency, "As part of the regular procedure, police units are at the scene."

On Friday, his embassy made a scathing attack on US Secretary of State Mike Pompeo who had criticised China's handling of the coronavirus pandemic on a visit to Israel.

In a response published in the Jerusalem Post, the embassy condemned Pompeo's "absurd comments", denying that China had ever covered up the crisis.