TEHRAN (defapress)- Arguing that Palestine doesn’t “qualify as a sovereign state” and that the International Criminal Court lacks jurisdiction over Israel, US Secretary of State Mike Pompeo threatened “consequences” for any “illegitimate” probes.
News ID: 81129 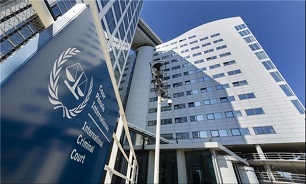 Following his trip to Israel this week, Pompeo issued a brief statement, denouncing the ongoing efforts by the ICC to investigate allegations of war crimes against Palestinians, including the use of live ammunition against protesters, the demolition and shelling of civilian homes and infrastructure, and forcible relocations as part of Israel’s settlement projects in the occupied territories, RT reported.

“The United States reiterates its longstanding objection to any illegitimate ICC investigations,” wrote Pompeo, blasting the ICC as “a political body, not a judicial institution”, and arguing that it has no “jurisdiction over Israel, which like the United States, is not a party to the Rome Statute that created the court”.

"We do not believe the Palestinians qualify as a sovereign state, and they therefore are not qualified to obtain full membership, or participate as a state in international organizations, entities, or conferences, including the ICC," he added.

While Palestine has yet to achieve fully recognized statehood, the quasi-governmental Palestinian Authority was accepted into the ICC in 2015. The US signed the Rome Statute in 2000, but it was never formally ratified by the Senate. Israel, too, was an early signatory of the statute, but also never finalized its membership of the organization.

"If the ICC continues down its current course, we will exact consequences," Pompeo warned.

Washington has repeatedly threatened the ICC with sanctions in the past as the US itself has also faced scrutiny in the investigation of alleged war crimes and crimes against humanity committed by Afghan government forces, the Taliban, American troops and intelligence operatives.