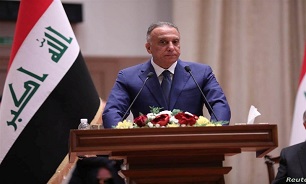 In an article published in Baghdad Today newspaper, Al-Kadhimi said “when I assumed my duties, I found nothing but an almost empty treasury and an unenviable situation after 17 years of change.”

“Our sovereignty continues to be deficient, violated or subject to uncertainty,” he said, the Middle East Monitor reported.

“The lands of our country have become a field of struggle for others and the security of our citizens is threatened, not only by Daesh and its sleeper cells, but also by weapons held outside the framework of the state,” he added.

He called on the political parties in parliament to support the new government by voting on candidates for the vacant ministries.

“Restoring the state’s prestige requires that the power of any party should not be above the constitution and the law, and that arms are only held by the state and its armed forces,” he said.