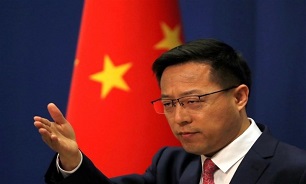 The IAEA should act unbiasedly, Lijian said on Monday during a press conference.

He added that the nuclear watchdog is expected to adopt a professional position and support Iran’s peaceful nuclear activities.

The 35-member IAEA board passed the resolution on Friday, demanding access to two old places they claim nuclear work may have been done there.

Nine countries out of 35 members to the IAEA board did not vote for the resolution. China and Russia voted against the resolution and Thailand, Mongolia, Niger, South Africa, India, Pakistan and the Republic of Azerbaijan abstained to vote.

Iran’s new parliament has issued a statement strongly condemning the resolution, asking the government to stop implementing the Additional Protocol to the NPT. The statement was signed by 240 MPs.