Russia to Retaliate over UK Sanctions Imposed over Magnitsky Case

TEHRAN (defapress) – Russia will respond to UK’s imposition of personal sanctions over the Magnitsky case to the extent that would fit the Russian interests, Kremlin Spokesman Dmitry Peskov said Tuesday.
News ID: 81473 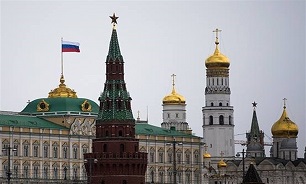 "We can only regret such unfriendly steps. Of course, the principle of reciprocity will be enforced to the extent that would fit the interests of the Russian Federation," the spokesman said, TASS reported.

On July 6, UK Secretary of State for Foreign and Commonwealth Affairs Dominic Raab announced the so-called Magnitsky Amendment to the Sanctions and Anti-Money Laundering Bill. It was adopted by the House of Commons in May 2018, and was supposed to enter force immediately after the UK’s withdrawal from the European Union.

The amendment is named after Hermitage Capital lawyer Sergei Magnitsky, who died in 2009 in the Matrosskaya Tishina detention facility. London believes that people in the sanctions list were involved in his torture and death.

The list of sanctioned people includes Russian Investigative Committee head Alexander Bastrykin, Deputy Prosecutor General Viktor Grin, Deputy Minister of the Interior Alexei Anichin. The people in the list have been barred from entering the UK, and their assets in the country, if they have any, will be frozen. They will be barred from conducting business both inside the UK and via UK citizens’ mediation.

Besides Russians, the list includes citizens and agencies from Saudi Arabia, Myanmar and North Korea.