TEHRAN (defapress) – The UN Security Council has rejected a Russian-drafted resolution that reportedly seeks to authorize the cross-border humanitarian aid delivery mechanism in northwestern Syria from Turkey through one crossing for a year.
News ID: 81507 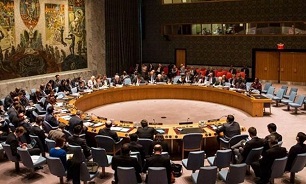 "The result of the voting is as follows: four votes in favor, seven votes against, four abstentions. The draft resolution has not been adopted, having failed to obtain the required number of votes", UN Security Council President Christoph Heusgen said, Sputnik reported on Friday.

A Security Council resolution requires nine votes and no veto from any of the five permanent members - China, France, Russia, the United Kingdom and the United States.

Earlier in the day, the members of the council could not agree on another resolution sponsored by Germany and Belgium that aimed to extend the UN humanitarian mechanism for six months using two border crossings from Turkey - Bab al-Hawa and Bab al-Salam.

Russia joined China in vetoing the draft, and in the new resolution proposed to keep only Bab al-Hawa checkpoint.

"The Security Council decides to renew the decisions in paragraphs 2 and 3 of Security Council resolution 2165 (2014), for a period of twelve months, that is, until 10 July 2021, excluding the border crossing of Al-Ramtha, Al Yarubiyah and Bab Al-Salam", the text of the document obtained by Sputnik said.

The resolution also would have required UN Secretary-General Antonio Guterres to report no later than August 31 to the Security Council regarding the impact of unilateral sanctions on the socio-economic situation in Syria and humanitarian deliveries from outside the country.

Besides, the document would have asked UN humanitarian agencies to improve monitoring of the delivery of aid supplies and their distribution within Syria.