TEHRAN (defapress) – Iran’s ambassador to the United Nations has asserted to the world body’s Secretary-General Antonio Guterres that the Islamic Republic would be holding the United States “responsible” should anything happen to the Iranian airliner on its way back home.
News ID: 81621 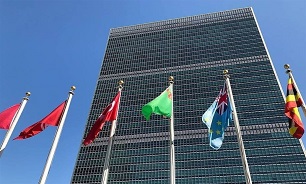 “…Iran’s permanent representative and ambassador to the United Nations Majid Takht-Ravanchi has explicitly emphasized to UN Secretary General Antontio Guterres that Iran will hold the US responsible if anything happens to this airplane in its way back,” Iran’s Foreign Ministry Spokesman Seyed Abbas Mousavi said on Friday.

The warning message has also been conveyed to the Swiss ambassador to Tehran, whose country protects the US interests in Iran, he noted.

A video posted by Iran’s IRIB news agency showed a jet from the window of a plane and blood on the face of a passenger – reportedly as a result from an injury sustained during the sudden altitude change.

IRIB initially reported a single Israeli jet had come near the plane but later quoted the pilot as saying there were two jets which identified themselves as American.

The pilot of the passenger plane contacted the jet pilots to warn them about keeping a safe distance and the jet pilots identified themselves as American, IRIB reported.

After refueling, it immediately took off and returned to Tehran’s Imam Khomeini without any harassment, media reports say.