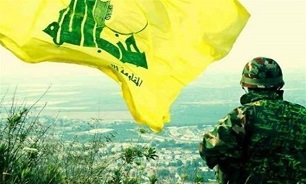 Hezbollah’s Monday statement came after Israeli and Western media outlets claimed that the regime’s forces had thwarted an effort by Hezbollah fighters to infiltrate into the occupied territories through Shebaa farms along Lebanon’s southern border.

"All the enemy media claims about thwarting an infiltration operation from Lebanese territory into occupied Palestine … is absolutely not true," the statement said.

The movement added that Tel Aviv’s claims about having killed or injured a number of Hezbollah fighters in air raids were also false and totally incorrect.

“The occupiers’ claims are all aimed at fabricating spurious and fictitious victories for them,” Hezbollah said, adding, “Up to this moment, there has been no conflict or opening of fire started by the resistance (forces) during what happened today.”

"The shelling that took place today on the village of Al-Habbariyeh and damage to a civilian's house will not be tolerated at all," Hezbollah said.

The Lebanese movement added retaliation for the killing of the Hezbollah fighter in Syria last Monday was "coming for sure".

"Our response to the martyrdom of the mujahid brother Ali Kamel Mohsen - who was martyred in the Zionist aggression on the outskirts of Damascus International Airport - is definitely coming and the Zionists only have to wait for the punishment for their crimes," the statement said, Al Jazeerah reported.

The Israeli missiles flew over the Syrian Golan Heights where they conducted raids around the capital, according to a Syrian military spokesman, and that the Syrian air defenses thwarted most of the missiles before reaching their targets and inflicted only “material losses.”

Hezbollah said in a statement on Tuesday that one of its members, Ali Kamel Mohsen, had been killed the night before during an Israeli attack near the Syrian capital of Damascus.

Hezbollah had vowed in the past to retaliate for any of its members that were killed by Israeli forces in Syria. The resistance group fired a barrage of anti-tank missiles into the occupied territories in September last year after two of its members were martyred in an Israeli aggression near Damascus.