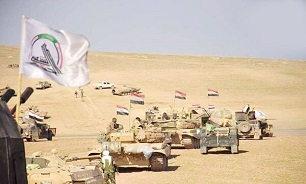 According to the report, Iraqi Army forces targeted the remnants of ISIL elements in desert areas of Al Anbar Province.

Security sources in Iraq stated that the purpose of the operation was to inspect the border areas in the Al Anbar desert.

The ISIL terrorist group has a number of cells in the northern, eastern and southern regions of Iraq and has intensified its attacks on Iraqi civilians and security forces in the past two months which has been unprecedented since 2017.