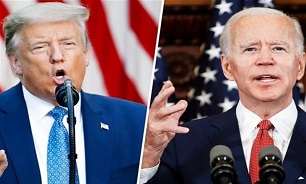 Biden's up 52% to 42% over President Donald Trump among likely voters nationally, and he has a 50% to 44% edge over Trump in the key battleground state of Wisconsin as well.

Biden's 10 point and 6 point advantages are the exact same they were when CBS News/YouGov polled the contests before the party conventions, CNN reported.

The polls are reflective of a race that barely budges even after two conventions, protests and unrest in some cities over police brutality and as the nation navigates the coronavirus pandemic. Indeed, the stability of this race is record breaking when looking at polling dating back to 1940.

Biden holds about an average 7 point advantage over Trump in polls taken since the beginning of the year. That's about the same as his current lead of 8 points in an average of recent polls. It's not much different than the 6 point edge Biden had over Trump the last time I noted the stability of this race in early May.

Biden's lead in the average has never gotten below 4 or 5 points or above 10 points. That's a remarkably narrow range.

If you were to construct a 95% confidence interval around individual polls, Biden's advantage in any individual poll has been within 6.5 points of that 7 point average.

A look at the previous 19 elections since 1940 reveals that the average range has been double that from January of the election year through early September of the same year. That is, the range in the polls in the average election has been closer to 14 to 16 points, depending on how you calculate the polling average.

Indeed, the polls swung wildly the last time a challenger knocked off a sitting president. Bill Clinton went from being down double digits early in the 1992 campaign to being up by double digits after his party's convention. Ultimately, Clinton defeated George H.W. Bush by 6 points.

In fact, the same gyrations in the polls were present the last two times incumbents lost. Gerald Ford went from easily winning in 1976 to being down by a wide margin and ultimately losing by 2 points. Jimmy Carter's advantage evaporated during the early months of 1980, but he was able to close a double-digit deficit to Ronald Reagan in the late summer of that year. Eventually, Reagan won by 10 points.

This year, despite at least as many unforeseen events as the 1980 campaign, has featured none of that wild movement.

Biden has maintained leads not just nationally, but in the swing states that matter. He has been consistently ahead in states totaling 270 electoral votes, including the states Hillary Clinton won in 2016 and Arizona, Florida, Michigan, Pennsylvania and Wisconsin.

Speaking of the Clinton campaign, Biden has never once fallen behind nationally like she did. His polling has simply been in a much narrower window. While 95% of the polls this year have been within a 6.5 point range of each other, Clinton's range was significantly wider at 10 points. Sometimes she opened up a lead in the high single digits or greater, but it would fall nearly just as quickly.

Clinton's edge at this point in 2016 was only about 3 points. Biden's is more than double that.

Indeed, Biden's advantage looks most like that of Barack Obama's in 2012, when Biden was on the Democratic ticket as vice president. Obama held a lead of a little more than a point on average in the national polls, while the range of polls around that average was 7 points through this point in the campaign.

The difference, of course, is that many polls didn't actually have Obama ahead nationally because his average lead was so narrow.

What Obama had that Biden doesn't have, however, was an edge in the Electoral College relative to the popular vote. For Biden, it looks like the opposite.

That is, Biden's lead in the state that would provide him with the 270 electoral votes is closer to 5 points than 8 points.

And given that there is still time for Biden's national lead to shrink to 6 points or even 5 points, he can't take this election to the bank by any stretch.

Still, the safest bet at this point is that Biden has been ahead and will likely be ahead when all the votes are counted.