TEHRAN (defapress)- South Africa's leading political party fired back at President Donald Trump on Tuesday over disparaging remarks the US president was alleged to have made about Nelson Mandela, the South African former president and civil rights leader.
News ID: 81982 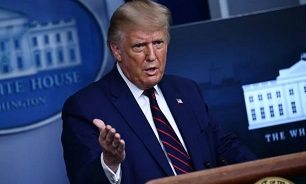 A statement released by the African National Congress, South Africa's dominant political party since Mandela's government ended racist apartheid laws after coming to power in 1994, labeled Trump the most "divisive, misogynistic and disrespectful person" ever to serve as US president, The Hill reported.

"All freedom-loving people of the world are appalled by these insults, which come from a person who himself is not a model of competent leadership," the party said, according to the Canadian Broadcasting Corporation (CBC).

"We do not believe that leaders who conduct themselves in the way Mr. Trump does are in a position to offer authoritative commentary on the life and work of Madiba," added the Nelson Mandela Foundation, using a term of endearment referring to the former president.

The condemnations came in response to excerpts from a book written by Michael Cohen, the president's longtime former personal attorney and fixer, who wrote that Trump accused Mandela of ruining South Africa after his death in 2013.

"Mandela f---ed the whole country up. Now it's a shithole. F--k Mandela. He was no leader," Trump said at the time, according to his former aide.

The White House has dismissed allegations raised by Cohen in the book, calling them the words of a disgruntled former associate seeking to clear his own name.

Mandela's legacy is widely celebrated around the world and in South Africa especially, where before he was elected the former president was imprisoned for 27 years due to his civil rights activism. The all-white racist government of South Africa freed him in 1990 amid fears of a civil war, and collapsed under his democratic takeover of the country four years later.

The US ambassador to South Africa responded in a statement to the CBC, while not addressing the president's reported comments.

"I have discussed South Africa with President Trump many times, and he has only ever spoken positively about the country," Ambassador Lana Marks noted, adding, "The US remains committed to working together with South Africa to realize the promise of a more peaceful, more productive, more prosperous 21st century Africa."