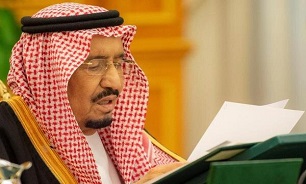 Rejecting false allegations made by Saudi Arabia against the Islamic Republic, Khatibzadeh noted that Saudi Arabia, as the origin of the Takfiri terrorist groups and the main financial and logistical supporter of terrorism in the region, has always refused to answer for its crimes.

“The Saudi regime's support for US maximum pressure on Iran, efforts to develop relations with the Zionist regime, and paying billions of dollars of ransom to others have made Saudi Arabia an insignificant entity among Arab Countries,” he added.

He went on to say that continuous field and political defeats in Yemen have made Saudi Arabia delusional and the country seeks to avoid responsibility for its crimes against Yemeni people.

According to Khatibzadeh, the Islamic Republic emphasizes diplomatic relations with its neighbors and has repeatedly warned over Saudi miscalculations in the region.

In a video conference to address UN General Assembly on Wednesday, the Saudi king called on the international community to confront Iran at the time when evidence indicates that Saudi Arabia is planning to normalize its relations with the Zionist Regime.