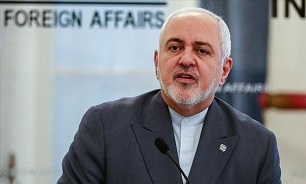 During the meetings in Tehran on Wednesday, outgoing Syrian and Japanese Ambassadors to Tehran Adnan Mahmoud and Mitsugu Saito described relations as historic and brotherly.

They considered the development of relations with Iran as a breakthrough, thanking the Iranian officials for their constructive cooperation.

High-ranking Iranian and Japanese diplomats in a meeting in Moscow last month had discussed the latest developments related to the nuclear deal and Syria as well as ways to further broaden bilateral ties.

The meeting was held between Iranian Ambassador to Moscow Kazzem Jalali and his Japanese counterpart Toyohisa Kozuki.

During the meeting, the ambassadors discussed ways to expand cooperation and issues of mutual interests, including political and economic cooperation between the two countries as well as regional and international issues, Syria, coronavirus, and the Comprehensive Plan of Action (JCPOA).

Jalali, for his part, stressed the illegality of the US actions against Iran and Washington's attempts to restore sanctions despite the opposition of the world, specially the members of the United Nations Security Council.

He added that Iran has been deprived of the economic and political interests of the JCPOA due to US sabotage.

Japan's ambassador stressed Iran's constructive role in peace and stability of the region.