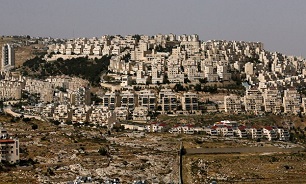 Michael Lynk, the UN special rapporteur on the situation of human rights in the Palestinian territory occupied since 1967, made the remarks on Friday, days after the planning committee of the Israeli ministry of military affairs approved plans for the construction of 4,948 settler units across the West Bank, presstv reported.

“As the Israeli settlements continue to devour the land that is meant for the independent Palestinian state, the international community observes, it sometimes objects, but it does not act,” he said, adding, “It is high time for accountability.”

Lynk also said that the latest Israeli announcement means that the Tel Aviv regime has approved more than 12,150 settlements this year.

According to Peace Now, this would be the highest rate of annual approvals by Israel since the anti-settlement monitoring group began recording figures in 2012.

The UN expert also criticized Israel for continuing annexation of the Palestinian territories through “unrelenting” settlement growth in “clear violations of the Charter of the United Nations and the 1998 Rome Statute on the International Criminal Court.”

“This acceleration of settlement growth worsens an already precarious human rights situation on the ground,” he said, raising alarm at Israel’s increasing demolition of Palestinian homes and properties in violation of international humanitarian law.

“Accountability must be on the agenda,” Lynk emphasized.

“Settlement products should be prohibited in the international marketplace. Agreements, existing and proposed, with Israel, should be reviewed. The UN Database and the current investigations at the International Criminal Court should be supported,” he said.

Emboldened by US President Donald Trump's all-out support, Israel has stepped up its settlement construction activities in defiance of UN Security Council Resolution 2334 approved in December 2016. The resolution pronounced settlements in the West Bank and East Jerusalem al-Quds “a flagrant violation under international law”.

“These changes to the bilateral agreements between the United States and Israel fly in the face of Resolution 2334, which calls upon all member states to recognize the illegality of the settlements,” he said.

In another development on Friday, Haaretz newspaper reported that Israel is trying to expand the jurisdiction of the town of Harish by nearly 50 percent to prevent the Palestinians from forming a majority in the area.

The Israeli Interior Ministry requested to expand the town’s boundaries after the Housing Ministry predicted that the Arab population in the area will reach 51 percent of the total 700,000 expected residents.

“The picture of the demographic growth in the surrounding space shows the area is marked by a growing, significant rate of Arab population,” the Housing Ministry’s document read, adding, “The demographic balance is about to change: A predominantly non-Jewish population will inhabit the district.”

Separately on Friday, Ghassan Douglas, the Palestinian official in charge of the settlement file in the Northern West Bank, said Israelis from the settlement of Rahalim cut off a number of wooden electricity poles with chainsaws, causing power outage in the West Bank town of As-Sawiya.

Douglas further warned that “the settlers’ operations and attacks are on a major and continuous escalation, especially in the Northern West Bank, since the start of the olive harvest season.”