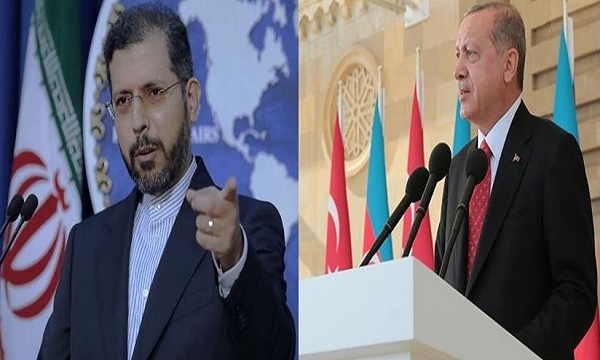 “The Turkish ambassador was told that it is not wise to base foreign policy on illusions,” Khatibzadeh wrote on his Twitter account referring to the summoning of the country’s envoy to Tehran in protest to the provocative poems recited by Turkish President Recep Tayyip Erdogan on Thursday in Baku.

The spokesman further said that the there are many people in Turkey who know history well, noting that these people can remind the origin of poems to their officials before reciting them.

Foreign Ministry Spokesman Saeed Khatibzadeh said on Friday that Derya Örs has been summoned after Erdogan’s “meddlesome and unacceptable” remarks made during his trip to Baku.