TEHRAN (Defapress) - A Russian official noted that ISIL movements in east of Euphrates in Syria have increased significantly and termed areas outside control of Damascus as "tense" regions.
News ID: 82848 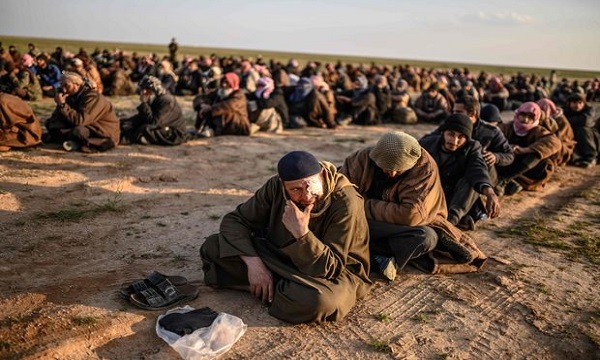 Deputy Foreign Minister Sergey Vershinin announced that movements of ISIS terrorist groups have increased significantly in the east of the Euphrates in Syria.

He added that the situation in the eastern Euphrates River is tense due to the increased activities of ISIS terrorist grouos.

Russian deputy foreign minister pointed out that situation under the control of Syrian government has stabilized, adding that situation in some areas remains dangerous and tense. The situation is tense in areas beyond Damascus' control, including Idlib and Al-Tanf and east of the Euphrates River.

Vershinin emphasized that humanitarian, social and economic issues in Syria are exacerbated by unilateral sanctions imposed by the West during the outbreak of the novel coronavirus, COVID-19.